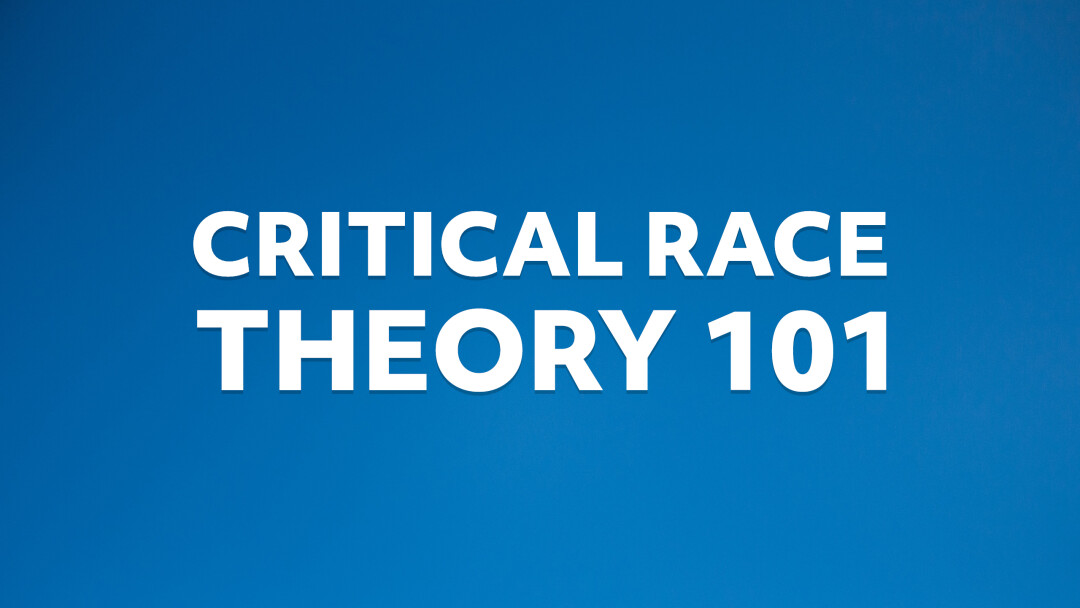 With the goal of loving Jesus with all that is in us, let’s spend a little time today on category three from this chapter in Matthew -- “the mind,” and let’s plow some challenging mental ground.

The goal of this blog is to introduce the basic concept -- and threat -- of Critical Race Theory. Chances are you’ve heard this term, but you may not know what it means. Further, you may not know that it has taken significant root in culture and schools, and despite its anti-biblical foundations, is making serious headway in mainstream churches, even invading the evangelical church.

God’s got this, of course. The trajectory of history and prophecy leads directly and inexorably to Jesus’ return in the Father’s timing. Like every age, we must face challenges, trials and afflictions, even as we anticipate where they -- and we -- end up. But while we’re here, it’s good for us and good for the gospel that we be wise and watchful, always prepared to give a reason for the hope we have (1 Peter 3:15). We’re called to live wisely and well in the face of evil, seeking to understand God’s will (Ephesians 5:15-16). In that way, loving Jesus like this, we can actually love our neighbor, too (Matthew 22:39).

At its heart, Critical Race Theory (CRT) assumes that every human interaction that takes place across cultural categories is framed in a context where one party is the oppressor and one party is the oppressed, and that this power differential must result in the exploitation of the oppressed. Its predecessor, Critical Theory (CT), was developed as a philosophical and analytical tool in 1930s Germany as a way to look at social relationships, but the contemporary version of it has been “weaponized,” by finding problems and assuming intent. Now, rather than being a lens for examination, CRT has become more like a gallows for extermination. Rather than being an objective means of analysis, it’s become a worldview in opposition to and competition with a Christian worldview.

The essential tenets of CRT are:

As we think about how CRT competes with a biblical worldview for our hearts, minds and souls, though, let’s also graciously consider the ways in which it actually shines light on the realities of a fallen world. God has told us that all human beings have inherent worth and dignity because we’re made in his image (Genesis 1:27), that we should honor others above ourselves (Philippians 2:3), and that power is rightly used for the care and protection of the powerless (Luke 22:25-27). Oppression is not a Biblical value. Downstream of the Garden, we have corrupted these truths and we will answer for that to the degree that we’ve participated in it (Galatians 5:19-21).

We must also acknowledge the reality that the sin of racism -- though despised by God -- does exist. But as born-again believers, we wage war against all sin, including racism, by the power of the indwelling Holy Spirit (Galatians 5:16), as we “take every thought captive to obey Christ” (2 Corinthians 10:5)  As Christians, we know that because we’re made in God’s image every human being is worthy and precious and loved. All lives -- of every hue -- matter to him, and because black and brown and red and yellow and white lives matter to God, they absolutely matter to us. God shows no partiality (Romans 2:11), but rather loves everyone he’s created so extravagantly that he was willing to shed the blood of Jesus in order to preserve us for eternity with himself (John 3:16). The Lord Jesus has “broken down in his flesh the dividing wall of hostility,” (Ephesians 2:14). By reconciling us to himself, he has caused us to be reconciled to one another (Ephesians 2:15-16).

However, CRT isn’t seeking reconciliation or trying to solve the problems it’s discussing, but only trying to turn the tables on those who have held onto their perceived privilege and tear down the institutions they see as having been built to protect it. By classifying all white people as absolutely and unavoidably racist, CRT exhibits an unapologetic hyper-racism and refuses to hear claims to the contrary. It believes that power, not sin, is the problem. It strips individuals of autonomy and dignity and assigns class-status based on race and gender. The objective reality of biblical truth is not even considered because the Bible was written by white males. The only “sin” is that of oppression and it cannot be forgiven.

Rather than defining the worth and dignity of all human beings based on our creation in God’s image (Genesis 1:27), CRT seeks to define and separate people by categories. Rather than confessing that we’re created equal (Romans 2:11) and equally guilty of sin (Romans 3:23), CRT brushes aside the pervasive effects of the Fall and finds blame in only those who are seen as oppressors, while excusing sinful behaviors as legitimate for the oppressed. Rather than finding forgiveness and redemption in Jesus alone (1 John 2:2), CRT posits that oppression is unforgivable and there is no need of forgiveness for those who struggle with the victimhood of oppression.

This is a very basic primer on what CRT is and where it’s headed -- but it is being taught in schools, exercised in the culture and leveraged in churches, and we will have to know the threat in order to evaluate, address, and fight it. Please consider reading further on the subject by taking a look at some sources I’ve used to prepare this blog:

And remember, the blindness and wickedness of CRT is a tool of the devil and those under its sway are victims of his oppression (2 Corinthians 4:4). If you are going to love your neighbor as yourself (Matthew 22:39), pray for opened eyes (Ephesians 1:18) and deliverance from Satan’s “domain of darkness” (Colossians 1:13). And, for the sake of our mission statement “Multiplying Disciples in a Healthy Church” a clear understanding of what’s being promoted in the culture and what’s at stake in the church will help us be both spiritually healthy and growing in wisdom for the glory of God!