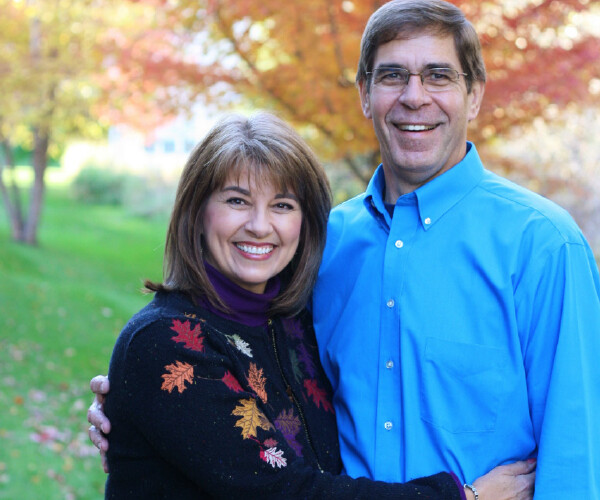 In 2003, in the midst of an enjoyable 25-year-career in business, we sensed that God was calling us from the business world to full time vocation ministry. Over the next two years, the details of that call became clear as Al was invited to join the staff of a local church in the Twin Cities as an associate pastor.

After about five years in this role, God began to birth a vision in my heart for what He is doing in the nations of the world. We began to see the great need, and the great opportunity, to train pastors and leaders in places of the world where they don’t have Bible colleges or seminaries.

We began to work with BILD International (Biblical Institute for Leadership Development) to provide these leaders the resources they needed for discipleship and theological training.

During these years, God also began to burden our hearts for those who had never heard the Gospel message. In 2015 Al joined Reach the Rest as their COO/CFO. Reach the Rest exists to take the Gospel to the remaining unreached people groups of the world, utilizing the proximate church - those who are closest in language, culture and geographic proximity to their unreached neighbors. Our focus is in South Asia, the Middle East, West Africa and North Africa.

By God’s grace, in West Africa (Mali, Burkina Faso, Togo, Ghana, Ivory Coast) 19 people groups were penetrated with the Gospel, and today there is an initial Christian witness among these groups. In Nigeria, Reach the Rest has partnered with the Issachar Initiative to pursue the remaining 22 unreached people groups in that country over the next three years. In North Africa, God is at work in significant ways, particularly in Algeria, as many are coming to faith in Christ, churches are being formed, and leaders are being trained as the Church of Jesus Christ is being reborn in that nation. In North India, through our partnership with a national church planting movement, over 8,000 house churches were planted in 2016. We praise God for the progress of the Gospel in these regions of the world.

By God’s grace, our desire is to expand and accelerate the expansion of the Gospel in each of these regions by: Additional people groups engaged with the Gospel as God opens doors to do so; Existing churches strengthened so the fruit of recent years remains; For sound theological training for leaders to be in place to ensure that sound doctrine in taught and lived; And for the replication of disciples, leaders, and churches, to the end that healthy, doctrinally sound, self-sustaining, reproducing churches are established among each people group in which God calls us to minister.

Pray that God will continue to open doors among unreached people groups, and that He would be preparing their hearts to receive the Gospel. Pray for boldness and wisdom for the evangelists and the church planters who take the Gospel to those who have never heard. Pray for the Church of Jesus Christ to be firmly established among these people groups. Pray for the finances and people needed for the work to go forward. Pray for wisdom, strength and stamina for Joyce and Al - may the work of our hands be to God’s glory.